Talib Kweli has released the album artwork and tracklist for his 5th studio LP, titled ‘Prisoner of Conscious’. Kweli has some huge features on this album, which is set to be released in October. Big names such as Kendrick Lamar, Melanie Fiona, Miguel, Nelly, and more, are all set to be on this album. See the cover and tracklist below! 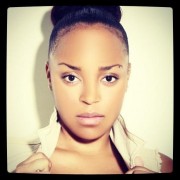 Hype Cover of The Week: 2 Seconds